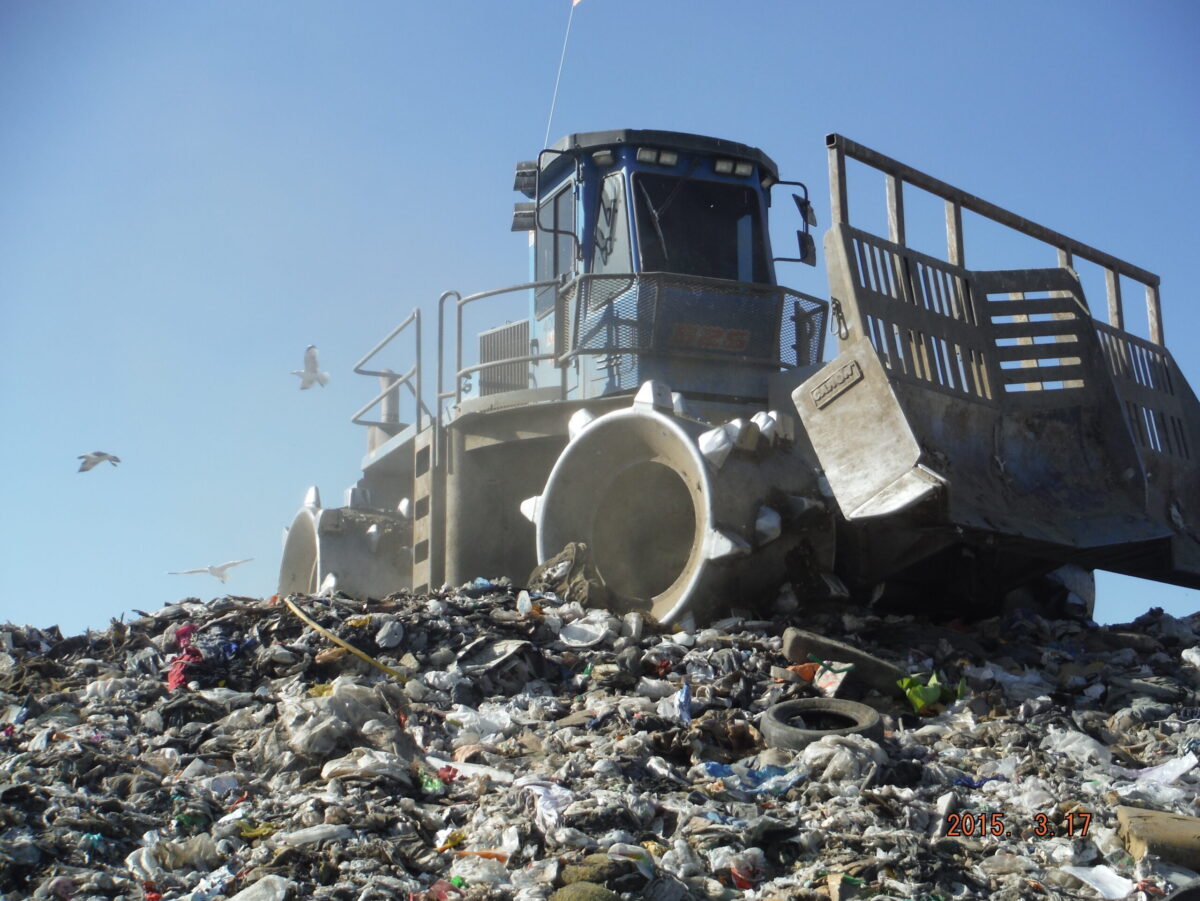 It’s happening right now…even as you read this. Your landfill is settling and there’s not a thing you can do about it. The question is: Are you bragging or complaining?

Some landfill managers consider settlement to be a thorn in their side. It causes their roads to sag and gas wells to fail. As shown in the old unlined cell in this photo, it can also play hob with surface drainage.

Settlement…who needs it?“ We do,” say those other managers who’ve learned to take advantage of it. “Sure, it creates some operational problems, but it’s also making more airspace.”

Depending on a variety of variables — depth, moisture and type of waste being most important — a landfill can settle anywhere from a few inches, up to several feet per year. And, by planning your operation carefully, you can get that settlement working for you…not against you.

Here are some ideas on settlement. Not every idea is practical for every landfill. But, if you’re interested in getting a little “free” airspace, this could be for you.

Many landfills are working from a fill sequence plan that was prepared as part of the site’s permit requirements. Chances are, a lot of effort went into liner design, gas control and slope stability. And it’s possible that settlement was considered in regard to those issues. However, there’s also a good chance that very little thought was given to using settlement to maximize airspace. Well, here’s your chance. Re-visit your sequence plans with an eye on how to hold off putting in that last lift of waste. In other words, delay closure as long as possible to allow settlement to do its thing.

This is especially important in the deeper fill areas. Of course there are other considerations, but for many landfills, postponing closure in order to receive several feet of settlement is an attractive trade-off.

Use Stockpiles to Accelerate Settlement

If you want to fast-forward your landfill’s settlement, consider surcharging it with a soil stockpile. No, in most cases, it doesn’t pay to haul soil to the top of the landfill for the sole purpose of increasing settlement. However, if you’re looking for some place to store that extra 100,000 cubic yards of dirt, don’t overlook the active portion of the landfill.

We’ve seen cases where a soil stockpile provided several feet of landfill settlement in a year’s time. If you decide to stockpile soil on your landfill, do a careful survey before you place the soil. And, when you remove it, be sure to get it all out before you survey again.

Knowing how much your landfill settled under a known load, over a known time, can help you predict future settlement. It’s also a good idea to count scraper loads going in and count them again coming out.

Many is the landfill that has built a wonderful stockpile on the landfill…and then unknowingly buried some of the soil with the next lift of waste.

On the Physical/Mechanical side, bridging (of waste) can hinder settlement. Large quantities of construction debris and other bulky waste, if not properly compacted, can build an internal structure in the landfill. This structure, like the wood framing in your house works to hold things up. So, to maximize settlement, spread out those materials that can work against settlement and compact them thoroughly.

Yes, more moisture means more settlement. But no, we’re not recommending that you add moisture to your landfill. The fact is, you don’t have to. Waste contains, on average, 30-80% moisture. Thus, there is plenty of moisture to provide good settlement.

The key is construct the landfill to take advantage of the moisture that’s already there. First, avoid using too much cover soil. Thick layers of cover soil inside the landfill can create dry pockets of waste that won’t settle as fast as surrounding areas.

Breach and/or remove cover soil layers to allow the landfill to “sweat” uniformly. As an added benefit, this will also minimize side hill leachate breakouts and provide more constant gas production. Most landfills work hard to maximize compaction. Why not take advantage of gravity to gain a little “passive compaction” through settlement?

If you’d like to talk with our team about other ways you can optimize compaction to maximize airspace, contact us today! 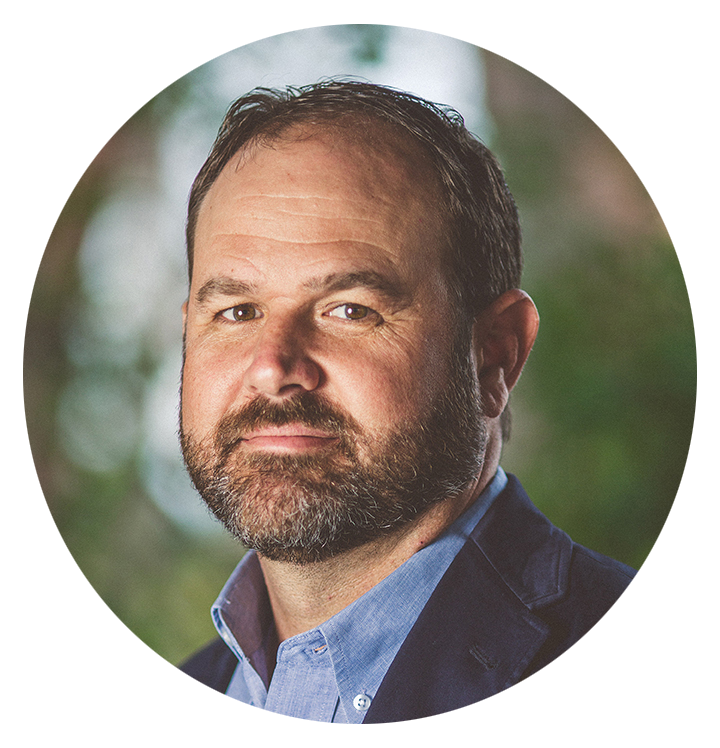 Check Out These Related Posts 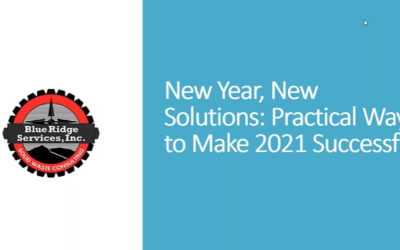 If there is one thing we know, it’s that 2020 was rough. A lot of you experienced issues like staffing shortages, training issues, and fluctuating tonnage.

END_OF_DOCUMENT_TOKEN_TO_BE_REPLACED 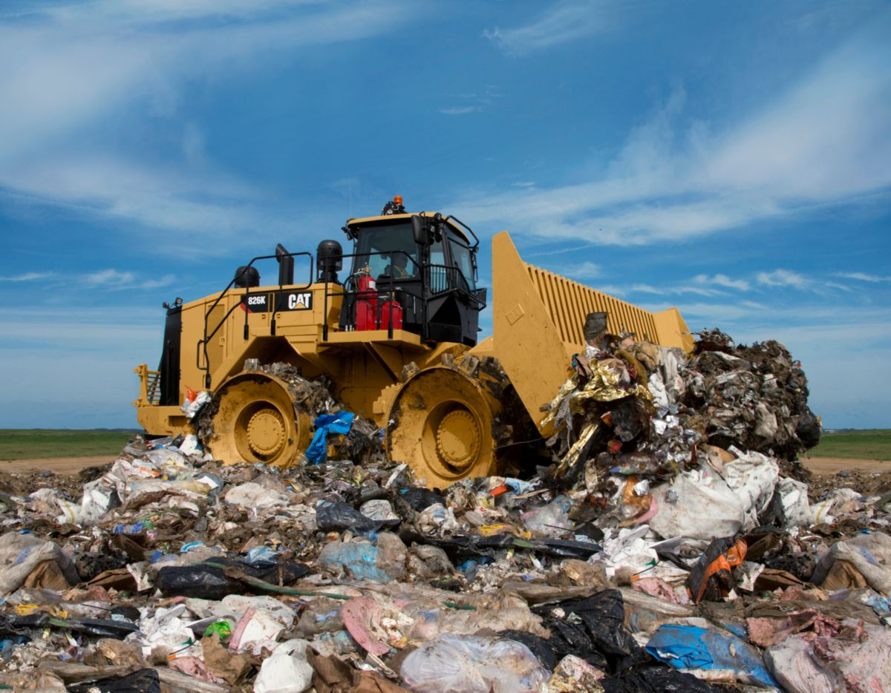 Learn how to maximize airspace by investing in short-term fill sequence planning.

END_OF_DOCUMENT_TOKEN_TO_BE_REPLACED 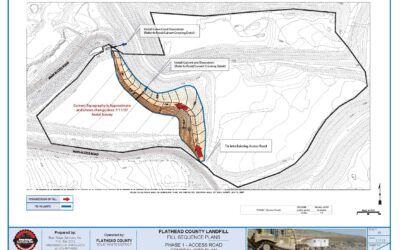 Fill sequence plans do more
than just show an arbitrary sequence of filling – they show an “optimized” operation. Having an up-to-date fill sequence plan can help ensure that your operation is as productive and cost-effective as possible.

END_OF_DOCUMENT_TOKEN_TO_BE_REPLACED

This website uses cookies to improve your experience while you navigate through the website. Out of these cookies, the cookies that are categorized as necessary are stored on your browser as they are essential for the working of basic functionalities of the website. We also use third-party cookies that help us analyze and understand how you use this website. These cookies will be stored in your browser only with your consent. You also have the option to opt-out of these cookies. But opting out of some of these cookies may have an effect on your browsing experience.
Necessary Always Enabled
Necessary cookies are absolutely essential for the website to function properly. This category only includes cookies that ensures basic functionalities and security features of the website. These cookies do not store any personal information.
Non-necessary
Any cookies that may not be particularly necessary for the website to function and is used specifically to collect user personal data via analytics, ads, other embedded contents are termed as non-necessary cookies. It is mandatory to procure user consent prior to running these cookies on your website.
SAVE & ACCEPT